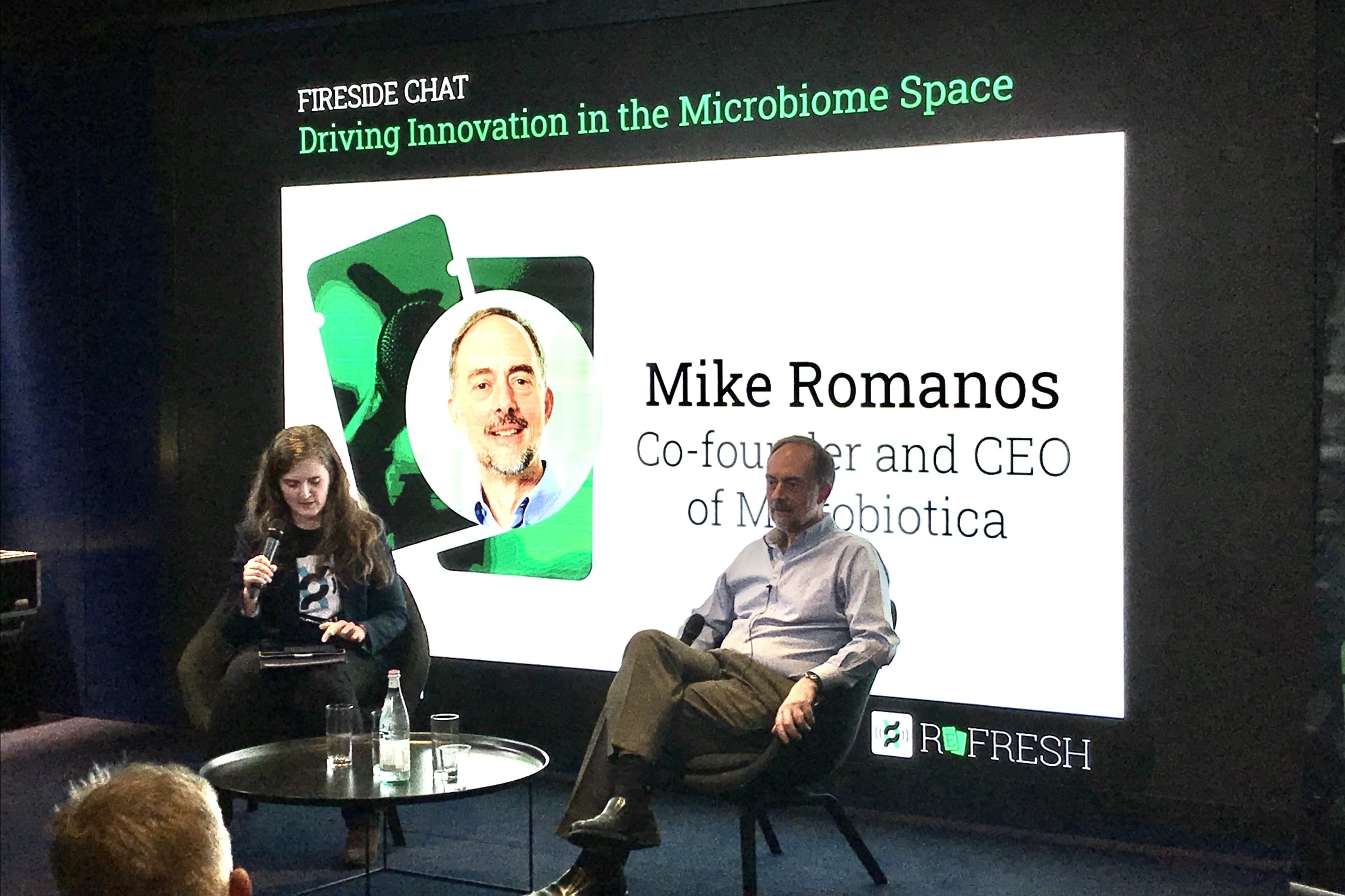 Held in a different European City every 6-weeks, this was the final Refresh event of the year and only the second time it had been located in the UK. Taking place in The Studio at WestWorks, the event brought together local biotech leaders, innovators, entrepreneurs and investors in a relaxed and down-to-earth setting to discuss all things biotechnology.

The event began with an introduction from David Height from Mitsui Fudosan, who gave a brief overview of the history of the area before explaining how in the past 5 years a new vision for White City and White City Place had helped transform the area into one of London’s most exciting districts.

The event then moved on to two separate fireside chats with industry leaders, providing the speakers the opportunity of a laid-back and informal setting to reflect on their own careers in front of the audience as well as discuss what they see for the future of the biotech industry and their respective businesses.

Chaired by the Labiotech’s Editor-in-Chief Helen Albert, the first discussion was with Mike Romanos, CEO of Microbiotica, who are based in Cambridge and specialise in developing live bacterial therapeutics which can be used in treatment against conditions such as IBS and Parkinson’s disease.

The second discussion was with Paolo Paoletti, CEO of GammaDelta Therapeutics whose head office is based in the WestWorks building at White City Place where they are developing new and improved immunotherapies for a range of malignant diseases.

The event closed with a lively networking session, with beer, wine and pizza served from the nearby Homeslice at Television Centre.